The History of Kasigluk 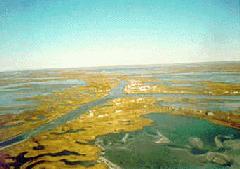 Kasigluk is on the Johnson River in the Kuskokwim River Delta, 26 miles northwest of Bethel. The community is comprised of Old and New Kasigluk, surrounded by the Johnson River and a network of lakes. It lies at approximately 60° 52' N Latitude, 162° 32' W Longitude (Sec. 02, T009N, R075W, Seward Meridian). The community is located in the Bethel Recording District. The area encompasses 19 sq. miles of land and 0 sq. miles of water.

Kasigluk is an Eskimo village listed as one of the "Tundra Villages" in the 1939 U.S. Census, with a population of 66. A post office was established in 1962. It incorporated as a city in 1982. In 1996 the city government was dissolved in favor of the traditional village council.